Conflict, transition and forms of adaptation in North Caucasus after the collapse of the Soviet Union. Evlogi Stanchev

Conflict, transition and forms of adaptation

in North Caucasus after the collapse of the Soviet Union 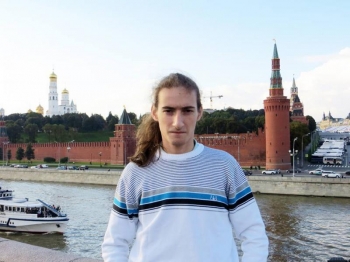 Abstract: North Caucasus can be defined as one of the most heterogeneous in the ethnoconfessional aspect regions of the former USSR. Today it is an area of conflict, of contra-modern social development, of multifaceted political, social and identity crisis. The current article aims to explain the contemporary characteristic of the region through historical and anthropological perspective of three conditional and interrelated categories – conflict, transition and forms of adaptation. Tracked are the main factors for the conflict nature of the region, the mechanisms by which the transition takes place in the North Caucasus are explained, as well as various forms of adaptation after the collapse of the Soviet system. The text aims to show that regional conflict character is a product of many different factors, that transition essentially failed, and due to that the society in the North Caucasus is in a deep crisis of collective and individual identities, it has lost its spiritual orientation. Author argues that in this context, the uneven change of the political and social model in the late 1980s and early 1990s of XX century is a major generator of the notorious armed conflicts in the region. From this perspective, the North Caucasus should not be interpreted as an area of massive primordial aggression, but rather as a place where concrete political decisions and processes made possible the tragic events of the recent past and the general crisis that Caucasian societies continue to experience at present.