"Feast During the Plague", by AS Pushkin: translation or the original? Bokayeva Karlygash

«Feast During the Plague», by AS Pushkin: translation or the original? » 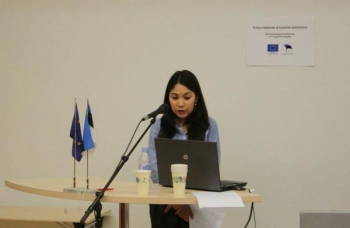 The issue of the dual nature of the «Feast During the Plague» and one of the sources of the «little tragedy» - «The city of the plague» by  J. Wilson (XVIII century) reveals the relevance of self-secondary play by Pushkin, as well as the possibility of studying the translation of Pushkin strategy in terms of extra-textual factors.

A comparative study of Pushkin's tragedy and of the English poem, an analysis of «specific semantic relations arising in the line-level phono-grammatical units and extra-textual relations» (Lotman) showed the following.

Wilson, in the typology of the title «The city of the plague» locates the boundaries of space, whereas the title of Pushkin's play «Feast During the Plague» prepares the reader only  for the tragic conflict of the work.

Both poems begin with remarks that introduce us to their world, that show us its space-time continuum. Pushkin maintained the linear composition of the original. At the same time both of them have a syntactic parallelism (amoebaean composition), which creates two contradictions: The plague -  the physical death, the loss of human values - spiritual death.

The peculiarities of the rhythmic equivalents of «The city of the plague» are: both works were written in iambic pentameter with masculine, feminine and dactylic rhymes, which are not ordered and used as needed. Pyrrhics, caesura and breaks in such form are also disordered, because in the poems meditative mood begins abruptly and ends abruptly also.

Analysis of the poem`s lexis allows us the possibility of defining its thematic (semantic) fields, which are composed of lexical, synonymous and thematic repetitions, and also to reveal the semantic echoes that form  a kind of conceptual framework (thematic network) of the text. Differences in the national-ideological types that are associated with the specifics of everyday English and Russian people’s lives, as well as the ideological conception of each piece were found.

The idiolect is interesting: Pushkin`s psychology of plague as a tragic theme is actualized by words related to the theme of winter: cold, snow, that recreate a picture of the harsh Russian winter. Wilson's method for conveying the tragic nature of plague is associated with the image of a stormy sea: sailors, ocean, wave; plague consumes people like a storm at sea.

Thus, both authors have chosen the emotion of terror as an emotional constant, which is carried by plague with the help of cultural, established national symbols.

The methodology of comparative analysis also directs our attention to the internal structure of the text, revealing the uniqueness of, above all, its grammatical structure. In both poems we notice the harmonious use of large number of adjectives, verbs and nouns. Another feature associated with the methods of realization of the concept is the main function of the category of text’s characters, which is taken by pronoun.

Thus, «Feast During the Plague», in terms of translation strategy, turns out to be an original work in relation to J. Wilson`s «The city of the plague». In order to confirm our observations, interlinear translations of the English original and rhyming words were compiled.