In the courtyard of the New Jerusalem monastery in Russia there is a bell with a tied clapper lying from the unique dome, destroyed by the fascists. When the bell is not rung it loses its voice and turn into a pile of rusted iron. National conscience in like a bell; philosophers, writers and educators are the ones who do not let it be silent.

To be the voice of the nation is the meaning of the Russian philosophy.

The Russian national conscience, following the destiny of the Empire, is either in a state of a permanent crisis or in a process of self-discovery. The still continuing Russian nationality-creating process can be illustrated paraphrasing the Vasilii Kliuchevskii’s words: ‘Russia is a colonizing state’ as ‘Russians are a constantly self-discovering nation’, or a phoenix nation!

The historiosophy of Eurasia is one of the forms of Russian identity, created in a moment of national disaster – after the crash of tsar Russia (1917) and resurrected after the collapse of Soviet Russia (1991).

The forced isolation of emigrant life of Eurasians creates the ‘barbaric’ identity of the banished, misunderstood Russian, who has lost not only physically but also historically his fatherland – the pre-revolution Russia.

The ‘barbarian-emigrant’ is not only misunderstood, he consciously refuses to fuse into new environment, keeping the image of the lost fatherland, the old pre-revolution Russia, with holographic precision.

The post-Soviet neo-eurasianism keeps the ‘barbaric’ identity, for a first time in the Russian history encountering the problem of discrepancies between ethnic and state borders after 1991 when over 20 million Russians became ‘Russians-foreigners’ from the ‘near neighborhood states’ or ‘barbarians’ in an instant.

The Eurasian idea is a continuation of the Russian idea of Feodor Dostoevski, which has inherited from the XIX century the archetypes of the Orthodox (cathedral), Messianic and ‘Chaadaev’ identity, recreating the eternal Russian duel between the traditional (religious behavior) and the modern (European culture).

If the Orthodox Christian and the Messianic identity are the traditional layer in the Russian national conscience, the European culture creates the modern, restless spirit of the looking Russian intelligent in an intransigent opposition to both authority and church… to himself, or the ‘Chaadaev’ identity.

At first sight it is paradoxical that the fierce self-denial in the ‘Philosophical letters’ by Petr Chaadaev, directed towards the holly cow of the state patriotism of Nikolai I, destroying everything Russian, compared to the European, everything east – with the west, is one of the archetypes of eurasianism.

If you look at the philosophy of P.Y. Chaadaev technically it is extremely western and non-eurasianistic, because it separates Russia from the East. However, the answer is given by P.Y. Chaadaev himself in ‘The Vindication of a Madman”: ‘I have not learned to love my country with my closed, my head facing down and my lips locked’

Thus the allegedly mad philosopher synthesizes the behavior of the Russian intelligence, which created the modern, European archetype of Russian identity, par of which are the Eurasians.

Eurasianism is part of the new ‘vehov’ or ‘pochvenicheska’ intelligence professing the Moscow/anti-European values, and put against the national intelligence, which perceives the revolution as a high Petersburg/European-making value. However, both types of intelligence – ‘pochvenicheska’ and national, follow the Russian path of self-denial, or the ‘Chaadaev’ identity.

The Russian archetypes of the eurasianism are:

The Eurasianistic philosophy is part of the Russian conservatism with its three key elements: metahistoricity (cult to the past and historical providentialism); religious nationalism (Orthodox Christianity as a national identification) and sacralization of the state (for Nikolai Trubeckoi and Petr Suvchinskii the etatism is religious and political, for Lev Karsavin – cultural and national, for Nikolai Alekseev – socio-political, and for Petr Savickii – mainly economic). The European archetype of the eurasianism is the German objective idealism of Shelling, which Eurasians turn into ‘historic’ idealism.

The Eurasian philosophy is a variant of the European idealism with the expectation for a ‘new philosophical era’, with the denial of rationalism, of positivism and progress theory, and the theory of paradise on Earth.

Eurasianism also creates its own original historiosophy, combining the mythologema ‘Moscow – Third Rome’ with this of ‘Russia – Eurasia’, or the second Golden horde and detaching Russian history from its Eurocentric periodization. Eurasians have created the myth of the Turanian element in the Russian national character. In this they are followers of Constantine Leontiev.

The Turanian myth of Nikolai Trubeckoi is not an argument on the ethno-genesis of Russians, it is also a prelude to the main goal of Eurasians – to keep the Russian Empire, expanding it to Eurasian and pronouncing it for an heir of Chingiz Khan, to legitimate the geopolitical status of Russia-Eurasia east.

With this new mythology Eurasians have created a new periodization of the Russian history. The Eurasian periodization of George Vernadskii follows the logic of ‘place of development’ which predefines the main goal – creation of a united Eurasian state.

It is not accidental the neoeurasians after 1991 have been using the Eurasian ideology to gain back the post-Soviet space to the Russian Federation if not institutionally, but economically, culturally and geopolitically.

Eurasians have created an alternative to the Eurocentric Slavic idea following the landmark of the priorities of foreign affairs of Russia from the end of the XIX and beginning of the XX century concerning Middle and Far East, thus routing out the vectors of the Russian globalization.

The Eurasian paradox is that despite the negative identity, still opposing ‘Russia-Europe’, made more modern by the neoeurasianism with the opposition ‘Russia-USA’, eurasianism belongs to the Russian culture and continues the Russian mission of Europeanism of Asia.

Eurasianism is the matrix of the future geopolitical identity of Russia, a premonition for Russian-style globalization. Neoeurasianism in its three projects (geopolitical of Alexander Dugin, economic of Nursultan Nazarbaev, Slavic-Eurasian of Alexander Ranarin) substitutes anti-europeism with anti-atlantism, subordinate to the ‘Land-Water’ dichotomy.

The geopolitical objective of the neoeurasianism, or Eurasian Reconquista is the neo-imperial project for the creation of a Eurasian union to replace the Soviet Union. However, such a restoration could hardly guarantee the Russian national identity.

Patriotism can not be imperial/formal – not ‘Soviet’ (the Great Patriotic War shows this), not ‘Russiiskii’, not ‘Eurasian’, patriotism is ‘Russian’. Politically correct and nondescript terms such as ‘Russianin’ can not be nation-uniting factors. The Russian culture, which is European, is the most powerful uniting element which turns the citizens of Russia not into ‘Russiani’, ‘Slavic’ or ‘Eurasians’, but in Russians.

The imperial character of Russia puts the Russian national identity on the inevitable crossroad between Europe and Asia, between the modern and the traditional. The responsibility for the things happening in Russia remains in the authorities, whose hypertrophy is unavoidable because of the imperial scale.

The faith of the Russian nation, phoenix nation, is to continually rediscover itself, finding its way after yet another historical cataclysm (1917, 1941–1945, 1991).

The best metaphor of the Russian crossroads is created by Victor Vasnetsov in the ‘A Knight on the Crossroads’ painting, in which the Russian bogatir has to choose the right way despite the inscription on the stone oracle:

If you go left – you lose your horse

If you go right – you lose your head

If you go straight ahead… 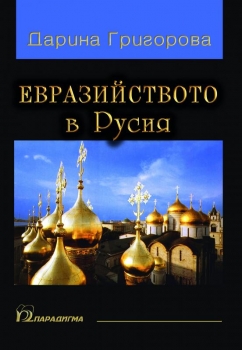